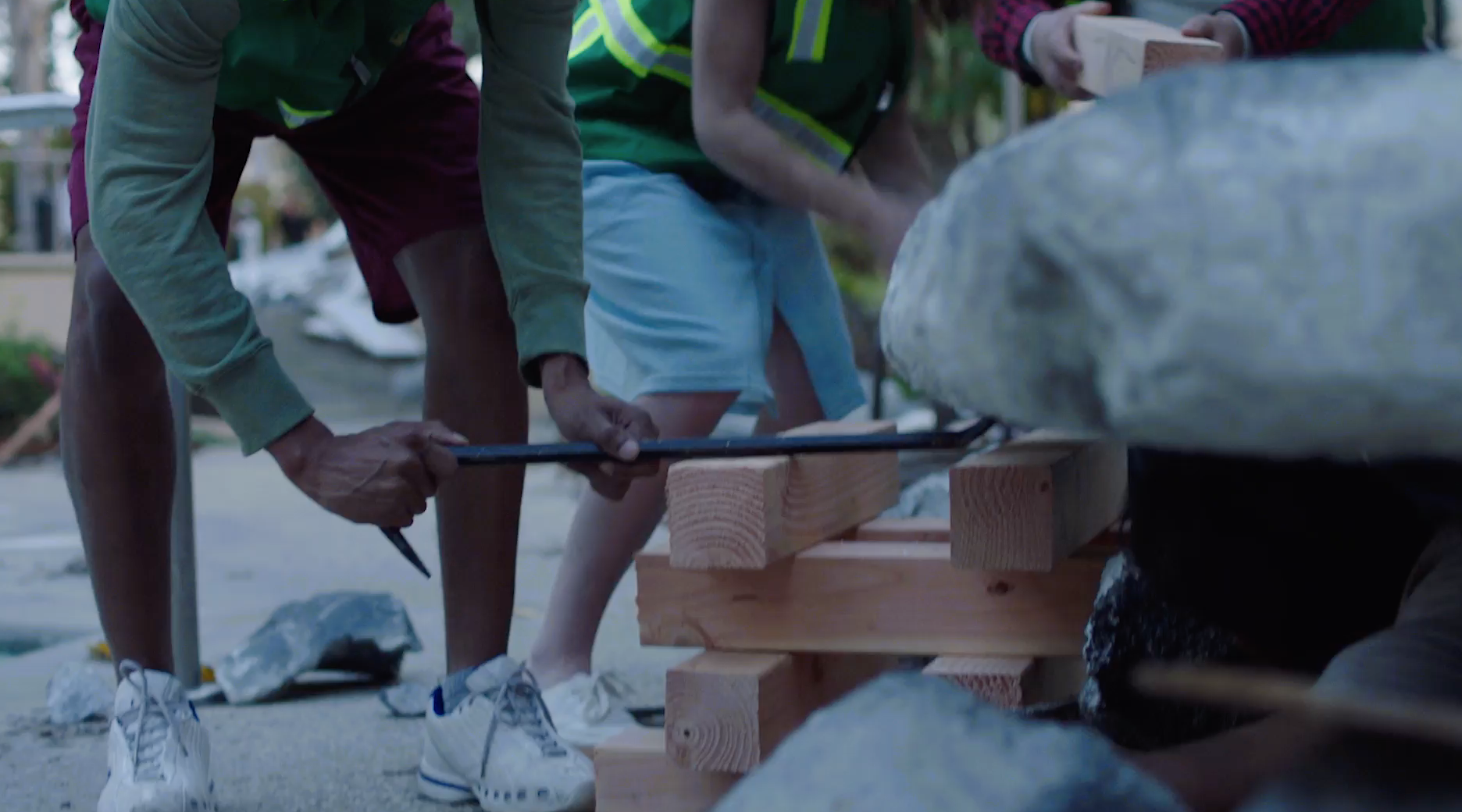 Quake Heroes, a 52-minute documentary based on interviews of people who experienced the Northridge earthquake, has been in development by the Southern California Earthquake Center and Blue Tavern Productions and is about to be completed after a year of community feedback screenings. The film portrays stories of people who took action to help their neighbors, along with a description of the science of the earthquake and how to improve the earthquake resilience of vulnerable buildings featured in the film. Recent interview footage is shown with archival news footage, as well as compelling live-action reenactments filmed with actors. The Seven Steps to Earthquake Safety are featured with the goal of prompting viewers to take action, including becoming a CERT (Community Emergency Response Team) member. Primary funding was provided by FEMA; sponsors include Simpson Strong Tie, State Farm, the Structural Engineers Assoc. of So. California (SEAOSC), Safe-T-Proof, MorePrepared, and the Hero in You Foundation.


The film will be made available via a variety of settings and approaches. Based on experience over the past year, the film will first be shared with large community, business, or other groups who host Quake Heroes Special Events to screen the film and then have a Seven Steps to Earthquake Safety resource and information event, so attendees can buy furniture straps, disaster supplies, learn about earthquake insurance, register for CERT and other trainings, and much more. The film will be available later for smaller groups. The Quake Heroes website will soon let viewers (and anyone) share their own earthquake stories, expanding on the personal stories showcased in the film. It is also hoped that the film will be of interest to cable television or streaming services.


In addition, educational toolkits for high school (and possibly middle school) classrooms, with earthquake science and engineering lesson plans, are also being completed to accompany the film so that it can be shown in schools. The toolkit will also include household preparedness guidance and encourage schools to organize a Teen CERT club at their school. We hope to expand sponsorships to deliver more free kits to schools, however they also will be available for sale.